Ending May with a Friday Finds

A new series sprung up on Kim's blog, Friday Finds...

I was all prepared and this week's was postponed and justifiably so...but I'm still going to show you mine!

I'm not a big cruiser of Antique shops, mainly because I'm an Antique Dummy...and they see this sucker comin' from a mile away. :)

I'd be the one who would go on Antiques Roadshow and the appraiser would laugh and say, "You paid what?  This isn't worth a plugged nickel."

But I ventured out last weekend... 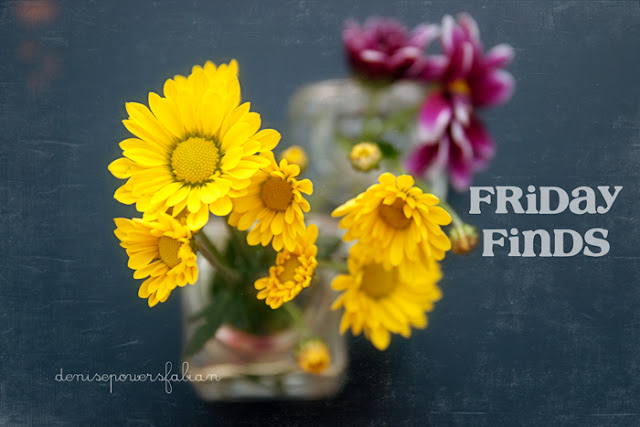 I have no idea if they are worth anything...but I found these teeny little empty ink bottles and could not resist.

I had bought a bouquet at Wal*Mart for my father's grave...but you know how there's always little stragglers that either break off or are lower on the stem and your cutting point of the stem is above it...

Wallah...put them in these tiny little ink bottles... Now...I saw some things similar that I knew my grandmother owned and were still tucked in a way in a chest in my home.  I mentioned it to the woman at the antique shop who said they would be interested but they might not be worth a lot.  My response to her stunned her...she said "that is beautiful."  What did I say?


They are valuable because I know whose hands have touched them.

(I actually surprised myself...)  Not worth a lot?  Hardly.  They are priceless.  Maybe I'm not such an antique dummy, after all!

Posted by Denise Fabian at 9:47 PM