While Memorial Day is the gateway to summer...it is one of the most profound, meaningful days (actually the entire weekend) for me and Edster.  We tend to watch war movies and documentaries, reflect on the cost of our freedom, and ponder our gratitude for those who risked all...and some made the ultimate sacrifice. 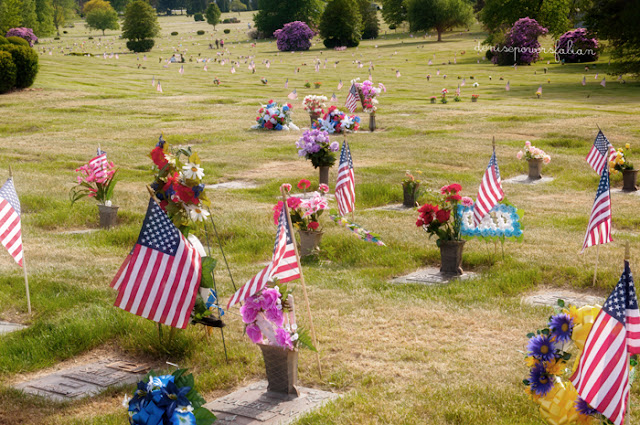 This is the cemetery where my father is buried...5 minutes from my house.

(We also traditionally decorate the graves of family...including relatives and ancestors going back three centuries.  Those are all in West Virginia.) 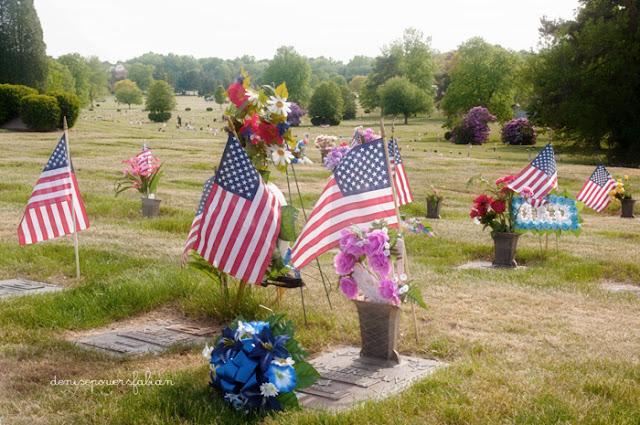 The cemetery where my father rests was a sea of flags...everywhere...for those who had served for our country. I placed the flowers in the vase in the plaque...but my heart broke.  There was no flag. 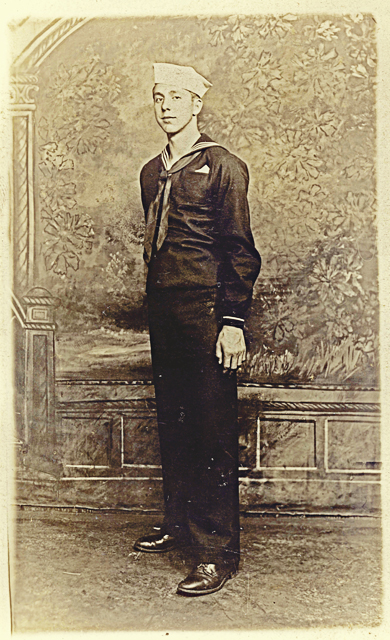 He had served in the U.S. Navy in World War II...in the Pacific Theater. 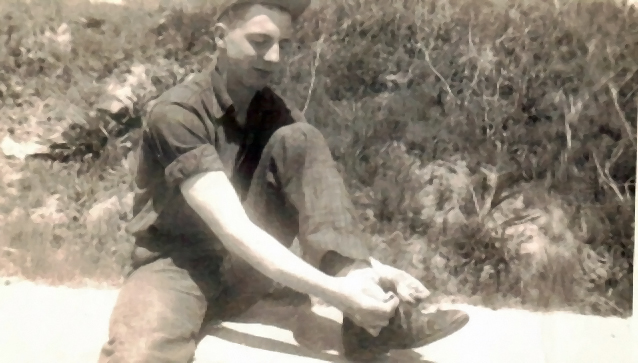 He was an mechanic for all the warplanes that battled against Japan...a meticulous job that could mean life or death for the pilot and crew if not done with precision and close attention to detail.

But where was his flag?

We saw a couple of men in a golf cart down the way...

We asked.  They gave us a flag.  And explained that the flags were distributed by volunteers...mostly by the elderly.  They do their best but they probably miss many, as well.  I asked for a second flag.  They obliged.

Walking back to my dad's grave, I walked past the husband of my mother's best friend.  He had died 28 years ago from melanoma.  He had served in the U. S. Navy in World War II, as well.  He had no flag.

I took the extra flag and pushed it into the ground...and then I knew... 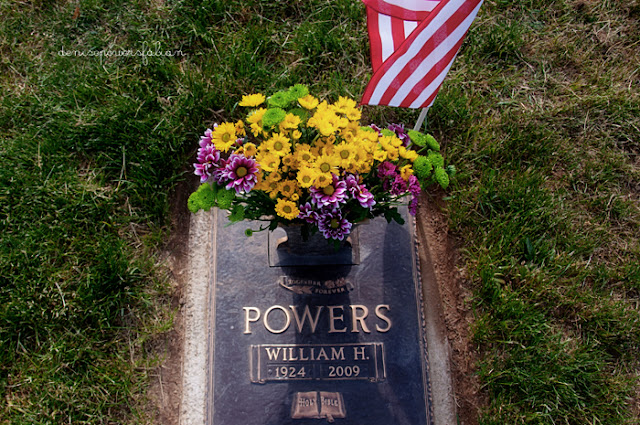 I would add a new tradition...

Edster and I would call the cemetery office to volunteer and ensure no veteran goes without honor by inadvertently not getting their flag.

I am grateful for their service.

Posted by Denise Fabian at 1:58 PM