A Quickie for Texture Tuesday

A free and easy edition of Kim Klassen's Texture Tuesday...one of Kim's textures added to an image (this one with Kim's newest kk_touchof-1). 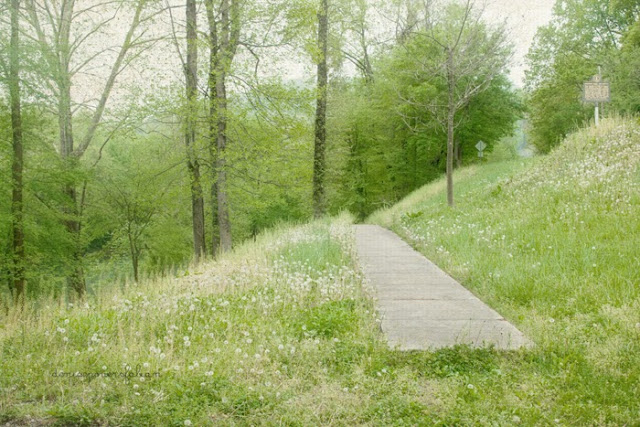 There are times I am very attracted to doing landscapes...kind of light and airy with hint of detail.  This scene is rather nondescript...ordinary..could be anywhere.  But the marker to the right tells the tale of this site:


This episode is result of August 1882 election-day fight. Tolbert, a son of Randolph McCoy, exchanged heated words with Ellison Hatfield, which started a fight. Tolbert, Pharmer and Randolph McCoy Jr. stabbed Ellison to death. Later the three brothers were captured by Hatfield clan, tied to pawpaw trees, and shot in retaliation.

This is in Buskirk, Kentucky...3/4 mile from the Kentucky/West Virginia border...near the town of Matewan, West Virginia.

Can you imagine how many stories there are in all the nondescript places in this world that bear no marker?

Posted by Denise Fabian at 9:47 PM