This Ain't Gonna Be Pretty...

I need a do-over!  Today was not one that I allowed God to be graceful through me...

It was a day of hurt and frustration (which was really the expression of deep hurt), followed by a big cry once I got home.  Can I tell you about it?

I'm sure there's a gift or a good ending in here if you hang in there with me. 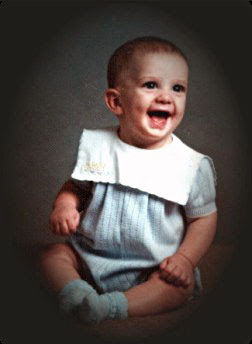 Born with severe autism, he is now 24...and because his appearance has drastically changed in the past 24 months or more...today we had a genetics consult.

Ever since he was a tiny baby, I took special care for his appearance...clothes, hair, etc.

When your adult child is living in a group home with other caregivers, you relinquish some of this because needs become greater than one's ability to provide.  His haircuts had not been kept up (since he reached adolescence, he's worn it short and tight), and I noticed how sparse his hair has gotten.  It broke my heart...in addition to other features that have drastically changed.  Now this is NOT about appearance...it is about loss.  The continual losses that occur naturally with a child with a disability.

He went to see his primary care doctor, as his foot/leg appeared swollen and a blood clot had to be ruled out...off to the Emergency Room.

After an hour there, no physician had picked up his chart and had seen him.  I called (I went back to work) and left my pager number.  Another hour and a half went by.  I went to the ER looking for the doctor who was seeing him...she asked me if I was so-and-so's mother (using the wrong name).  He was waiting for an ultrasound and there was nothing to report.  I felt the hair on the back of my neck stand up.  I curtly replied, "You could have paged me to tell me he had at least been seen."  Her reply, "I did not know."  My annoyance was obvious, "No one ever does."

As a sidenote, individuals with autism spectrum disorder (and his is most severe), have a challenging time waiting...bringing on anxiety and agitation...as their routine is thwarted.  In Caleb's case, it can result in severe self-injurious behavior to his head and face.  I felt timeliness was an ADA accommodation.

I left for home...waiting for a call regarding the outcome...admission?  was there a clot? what was it?  No call came; my pager did not go off.

And I hit the front door of my house and broke down and cried as if the world was coming to an end... I needed to cry...and be helpless...and acknowledge the core of the issue...and ask God for mercy.

In my quiet time this morning...I did not ask God for help in what I knew what would be a difficult day emotionally...not in so many words...

Even though I was moved after hearing this song found on  Ann Voskamp's blog...

And what was underneath today's circumstances that brought so much misdirected emotion?

My mother, in her 13th year of Alzheimer's...nearly in a vegitative state...turned 85 today.  I miss our close relationship of many years...terribly. The birthday rubs salt into that gaping wound of reality.   And I have no clear way of understanding this long, seemingly meaningless endurance of this cruel disease by one of God's very own.

But did I dance through this day with the strength and endurance of God's grace?  I didn't...I failed...I'm a mess...and dust...

BUT GOD...(two of my favorite words):

is compassionate and gracious,
slow to anger and rich in faithful love.
9 He will not always accuse us
or be angry forever.
10 He has not dealt with us as our sins deserve
or repaid us according to our offenses.

11 For as high as the heavens are above the earth,
so great is His faithful love
toward those who fear Him.
12 As far as the east is from the west,
so far has He removed
our transgressions from us.
13 As a father has compassion on his children,
so the Lord has compassion on those who fear Him.
14 For He knows what we are made of,
remembering that we are dust.
15 As for man, his days are like grass—
he blooms like a flower of the field;
16 when the wind passes over it, it vanishes,
and its place is no longer known.[b]
17 But from eternity to eternity
the Lord’s faithful love is toward those who fear Him. (Psalm 103:8-17 HCSB)

It was going on 7:00 p.m. and I still had not heard anything with regard to Caleb's outcome.  I called the Emergency Room, who said, "We don't have a Caleb..."  I stated he was either admitted or discharged and explained who I was.  I verified who I was but that all I could learn was that he had been discharged.  I insisted as his mother and legal guardian to know what happened...but not as before.

I received the opportunity to speak to the doctor to whom I had directed my emotion.  Kindly she gave me the diagnosis and discharge instructions.  I apologized for earlier in the day and told her the source of my frustration, that it was coming from a deep place of sorrow.  She was understanding and empathetic.  I explained that for once I did not have to be the professional...but I did not intend to project my day onto hers. So I remain imperfected, flawed to the core, but lavished with His grace as I continue my coursework in spiritual school...

At the end of the day, I am grateful for God's grace...and a love for me that will not let me go.  And an opportunity to make amends.