Day 83 of Kim Klassen's Beyond Layers e-course was a challenge to make a random mosaic using images, brushes and fonts.

I went through my archives wanting to use photos from earlier in the year...don't ask me why...probably to make it even more random.

I was drawn to these photos I had taken this past Easter weekend... Do you know where the word cemetery comes from?  Some random trivia here ~ from the Greek word koimeterion meaning sleeping place.  How nice compared to "boneyard" or "burial ground."

This is Glendale Cemetery...in Downtown Akron.  It is home to Akron's old money...and American history... F. A. and Gertrude Seiberling - Founder of the Goodyear Tire & Rubber Company...

whose daughter-in-law, Henrietta, introduced an Akron surgeon and an unemployed stockbroker from New York visiting Akron, on Mother's Day, 1935.  Both drunks.  The surgeon agreed to give 15 minutes to the New Yorker...which resulted in 6 hours.  Alcoholics Anonymous was born.  This story from her own words is nothing more than amazing.

F. A.'s grandson, Henrietta's son, John...was an 8-term Congressman for Akron...a staunch environmentalist who was the catalyst to the government establishing Ohio's only national park. One of  the approximately 1,200 Teddy Roosevelt's Rought Riders is buried here. 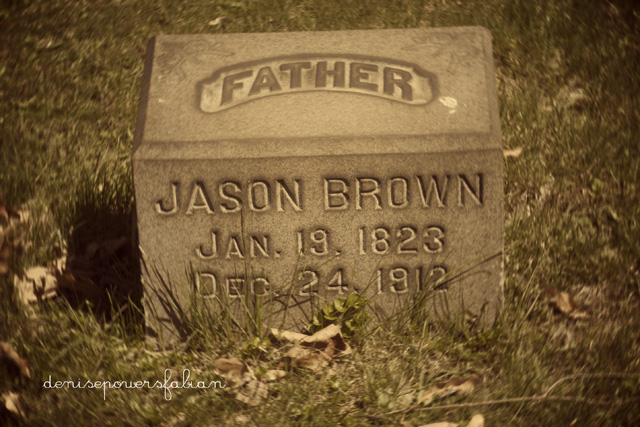 And Jason Brown, son of abolitionist John Brown is also buried here.  Present with his father at the Potawatomie massacre in Kansas, the first blood shed in the war against slavery in the United States.  Jason wrote his account in the Akron newspaper in 1880, 20 years after his father was hanged after the raid at Harper's Ferry.

And...moving on to the 21st century... the funeral scene in the movie based on James Patterson's novel, I, Alex Cross, (currnetly in theaters) was filmed here! 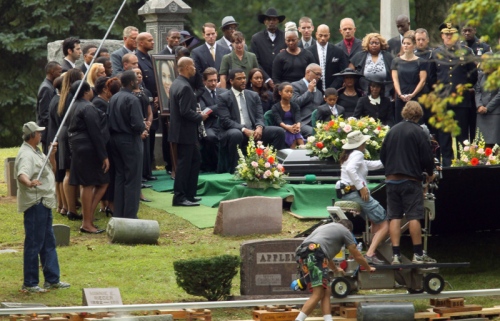 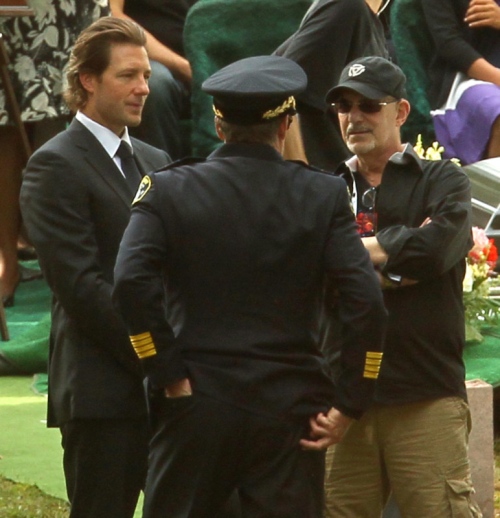 Wow...I had no idea where I was going when I started this Mosaic this morning...wasn't expecting to end up with a rather violent Hollywood movie...

Cemeteries are amazing places!  You never know what you will find, what stories are there, plus the beauty, serenity, and natural oasis they provide.  Not convinced?  This wonderful 56 minute documentary, A Cemetery Special, available on Netflix, will change your mind.

And yes, even though it reminds us of our own mortality...doesn't  that cause us to embrace and relish each moment that remains?

Posted by Denise Fabian at 7:31 PM