A Lesson From an Avalanche

Is it just me...?  Or are mailboxes spewing out more mail-order catalogs than ever before?  It's like an avalanche!

The seduction begins...glossy ads for perfume advertisements, controversy over Black Friday starting on Thanksgiving Thursday for some stores...the ringing Christmas Hershey kisses are back on tv!


And yet...how to stop this insanity?

The avalance caused me to stop and think about gifts I had been given in the past, what had been meaningful, and what had seemed forgotten... 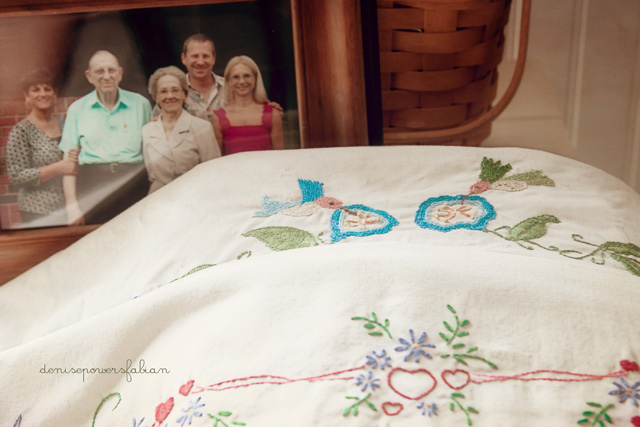 My mother faithfully gave me gifts at Christmas...giving it much thought.  And yet every year in the decade before she was stolen away by Alzheimer's...I told her what I wanted...something I'd be disappointed if I did not receive one. 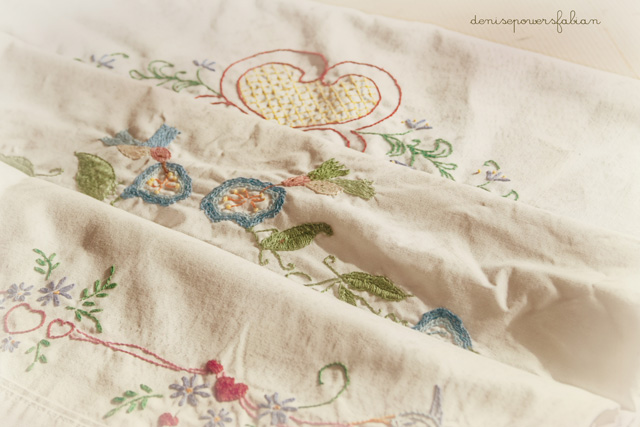 Every Christmas there would be a pair of hand embroidered pillowcases that she had done.  The time and effort she had put into these, plus knowing that the work was done by her own hands...hands that someday would no longer be able to do so...made them priceless.

She would ask me..."So, what do you want this year?" and my answer was always "a pair of embroidered pillowcases."  She would laugh (deflecting the compliment) and say, "oh that's nothing."

But it was everything...and I have them and lay my head on them, holding her close as I sleep.

Maybe the best way to stop the Christmas insanity is not to give what we're seduced by multimedia to believe will fulfill our loved ones' every desire...

but instead, give gifts that will have enduring meaning...like those cherished pillowcases.

Posted by Denise Fabian at 3:29 PM