Me and the Thistle

While in Canaan Valley last month...with my love of art by West Virginian artisans...I stopped by one of my favorite places...Mountain Made. 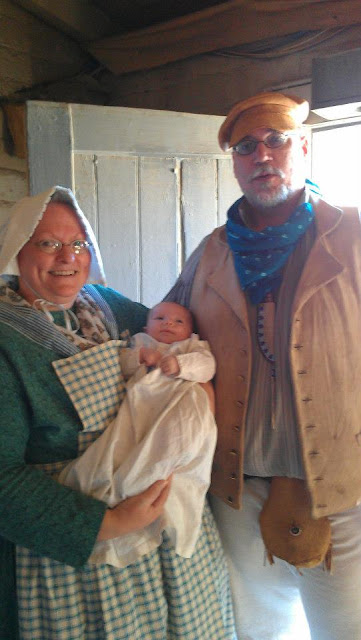 intrigued me more about this humble weed.  But the story goes further...and this handcrafted silversmithed necklace of a thistle had an even deeper connection. The research I did on my ancestry after my father died in 2009 resulted in discovering that my roots go back to 17th century Scotland.  Yes, a lowlander...persuaded by King James to migrate to Ulster, Ireland...just 13 miles across the ocean.

These Ulster-Scot ancestors of mine thrived in Ulster and were prosperous...and, of course, English Parliament felt threatened by such competition.  Economic oppressions plagued my ancestors as the English rule flooded them with restrictive regulations.  Given that and Queen Anne's succession to the throne in 1703 which encouraged discrimination against Protestants (most Ulster-Scots were Presbyterian)...resulted in a quarter of a million Ulster-Scots migrated again...this time to the American Colonies.

Many of my Ulster-Scot ancestors served 7 years of indentured servanthood in payment of their debt for their passage.  Once the debt was paid, they hacked their way into the wilderness on the frontier...in appalachia...the only land available for poor people.  My 5th-great-grandfather, Henry McWhorter, was one of those...his 18th century cabin remains in West Virginia...and I was able to photograph two summers ago.  His birthday is Tuesday! And every subsequent generation was born in West Virginia until I came along...a child born of West Virginia parents who they, themselves, migrated to Ohio, with their college education obtained through the GI bill after World War II, to claim lucrative jobs before now had been beyond their reach.  And I was clothed and fed by The Goodyear Tire & Rubber Company.

So, you see, the Thistle of Scotland is part of my story.  Its legend is told below.

The thistle may only be a humble weed, but it is the emblem of the Scottish nation. The prickly-leaved, pink or purple-flowered ‘Scotch’ thistle is, along with tartan, perhaps the most identifiable symbol of all things Scottish. But how did the thistle earn its place in the heart of the Scots?

In truth, no-one knows, but legend has it that a sleeping party of Scots warriors were saved from ambush by an invading Norse army when one of the attackers trod on a thistle with his bare feet. His cries raised the alarm, the roused Scots duly defeated the invaders, and the thistle was adopted as the symbol of Scotland. Unfortunately, there is no historical evidence for this, but Scots, like other nations, love a good story.

And every Appalachian loves to tell stories...they're famous for it...stories told in folklore and in their music...

And I hope you've enjoyed my story today...