The memorial, which its engraved stone, challenges us to inquire...learn...reflect.

I was only thirteen, on May 3, 1970...coming home from church travelling Route 59 East from Ravenna through Kent, Ohio to get to outr home in Akron.  I remember the tension; it was if the whole town was sitting on a powder keg.  One spark would explode us all...the next day it did. 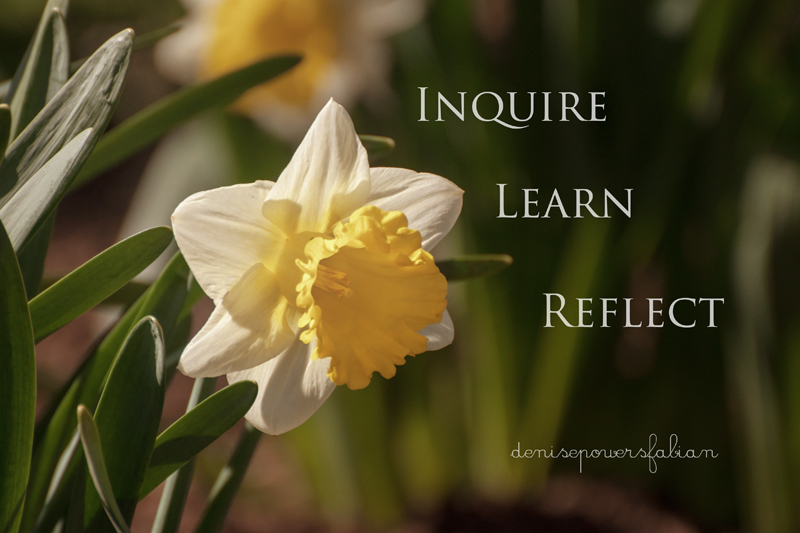 At thirteen, I was impressionable...infatuated with flower power and hippies, while my parents from the Greatest Generation labeled them communists.

This past Sunday, May 4, we went to give pause up at the Kent State University campus and remember that pivotal point in America's history.  After a series of days of protests by students against President Nixon's invasion into Cambodia, four were killed and nine were wounded. 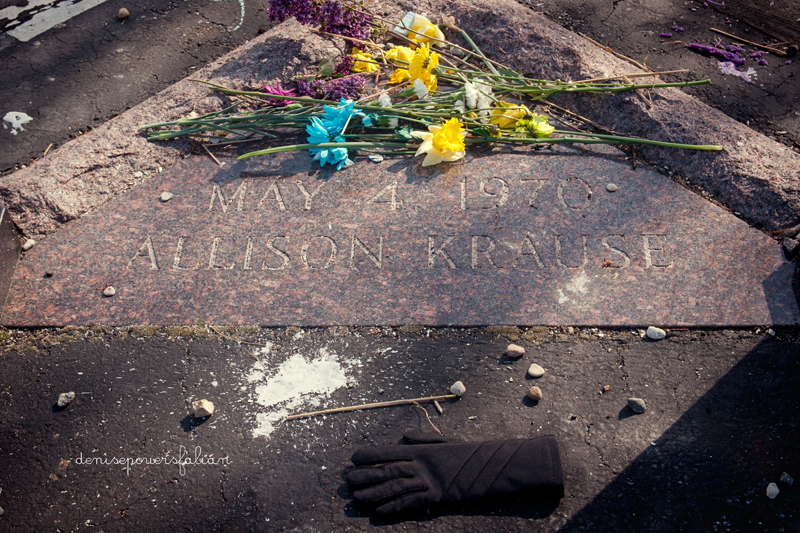 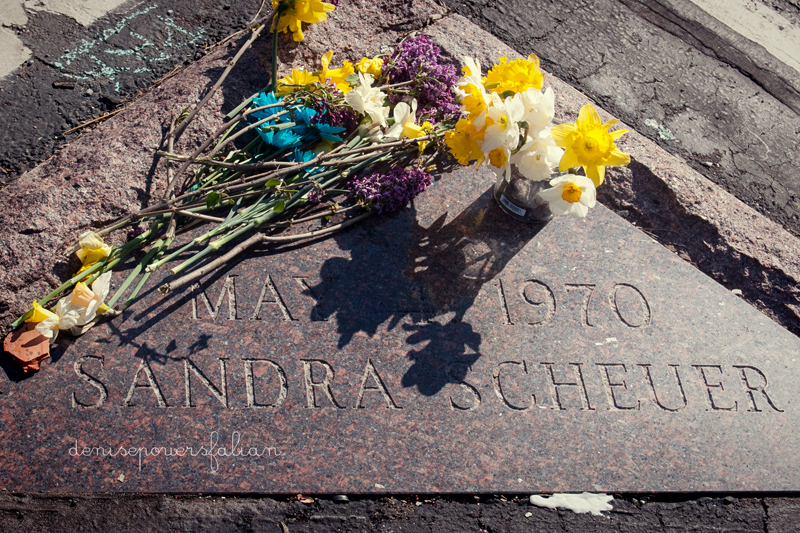 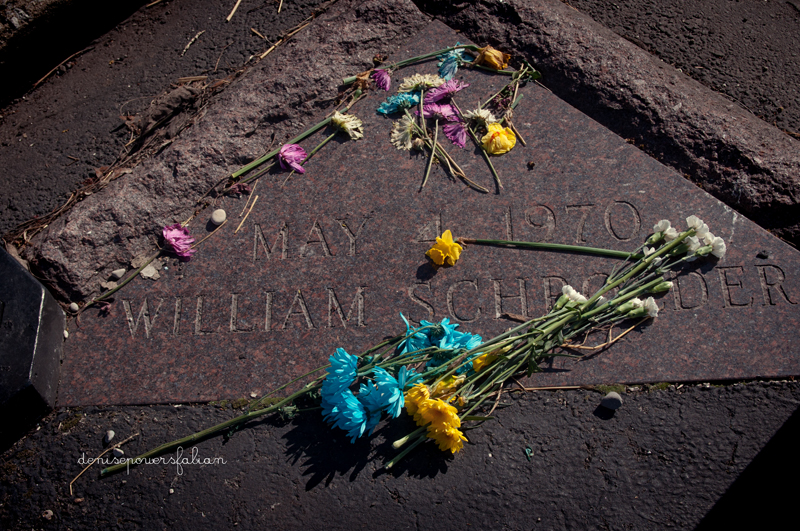 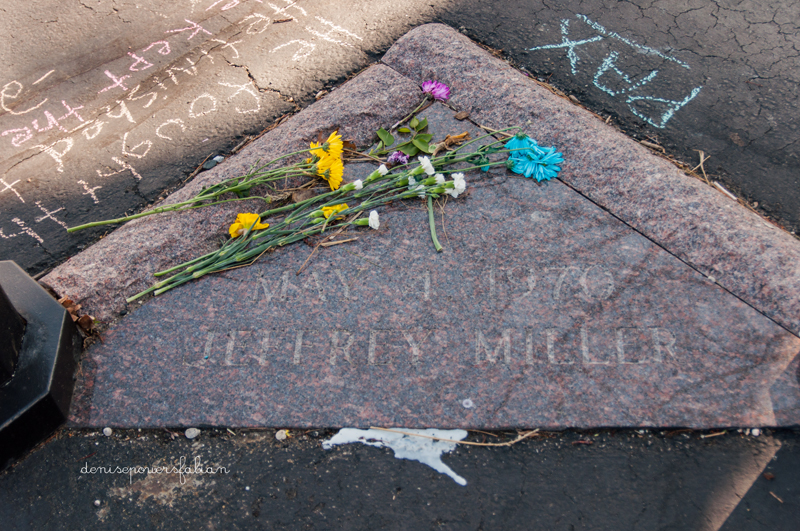 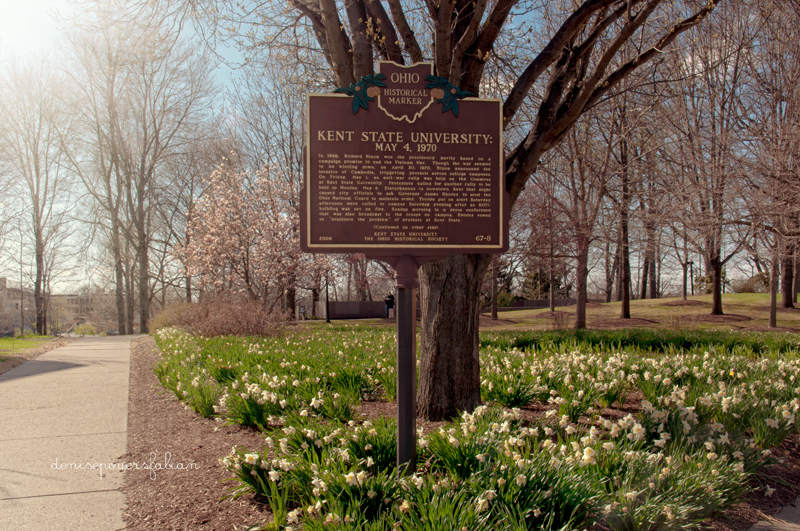 We did not go to the "ceremony" as I don't find it helpful.. We went later in the afternoon where respectful visitors wanted to either relive that time or to learn about history.

I believe wholeheartedly that those four slain students today would plead for healing to take place...and blame to be set aside.  The site feels like a healing garden...with over 58,000 daffodil bulbs planted for the soldiers of the Viet Nam War who never came home. 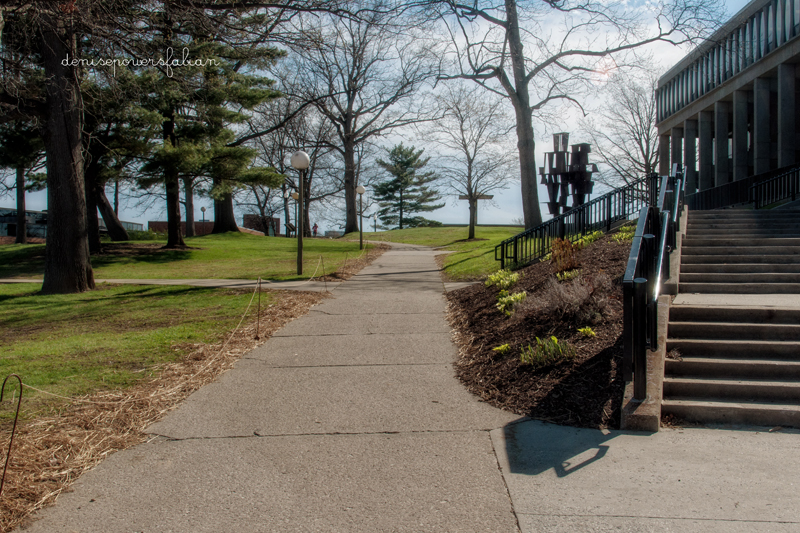 You would have had to been living in the 1960's to understand the dynamics. These protests were occurring all over the country at that time. The story is complex.  When told, it is narrated in a linear fashion...with assumed causality.  But, like empirical research, there are confounding variables with correlations, but causality is hard...very hard...to determine. 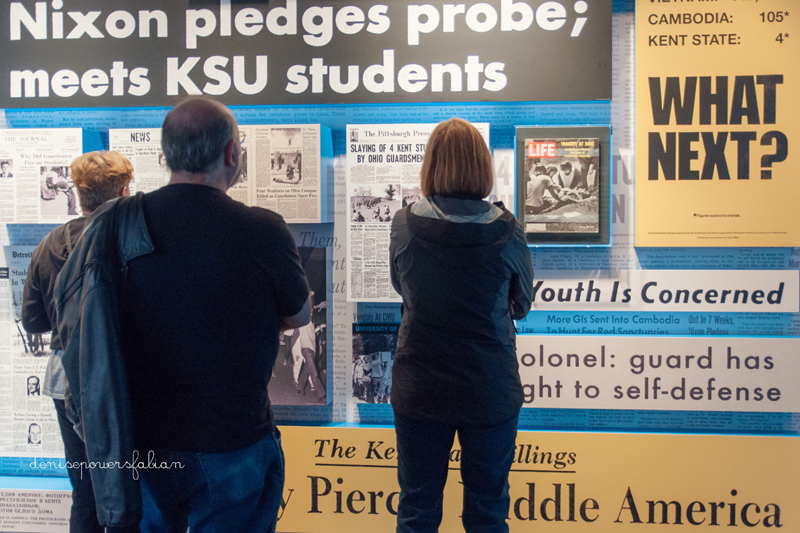 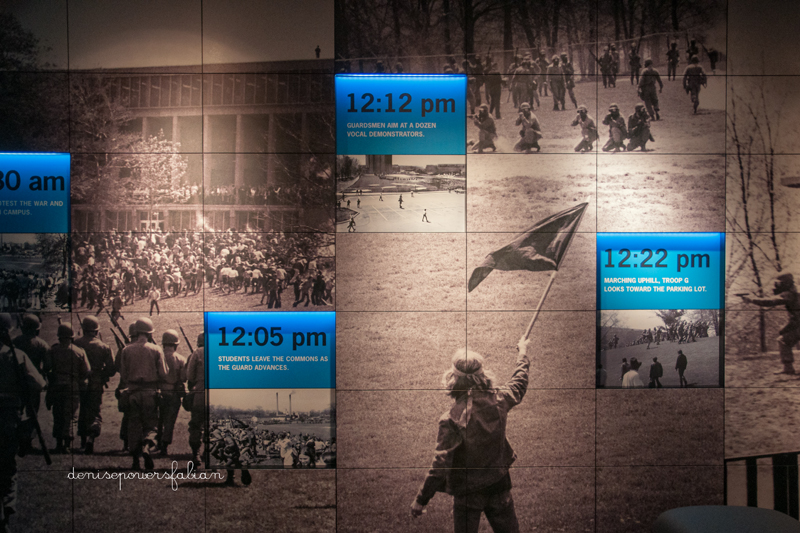 Now a Visitor's Center not only revisits the events of that Spring in 1970...but it also contextualizes it.  If you want to know about the 1960's, I would recommend watching "Berkley in the Sixties" which is available on Netflix. 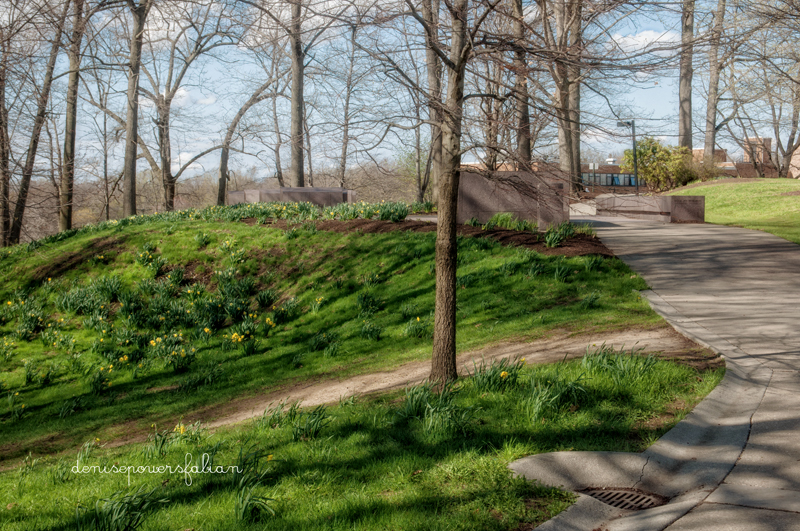 As for me, I reflect on how grateful to live in freedom, as messy and fragile as democracy is, and that despite all its shortcomings, I live in the greatest country in the whole world...less than 250 years young.

Posted by Denise Fabian at 8:06 PM