Tears of a Nation 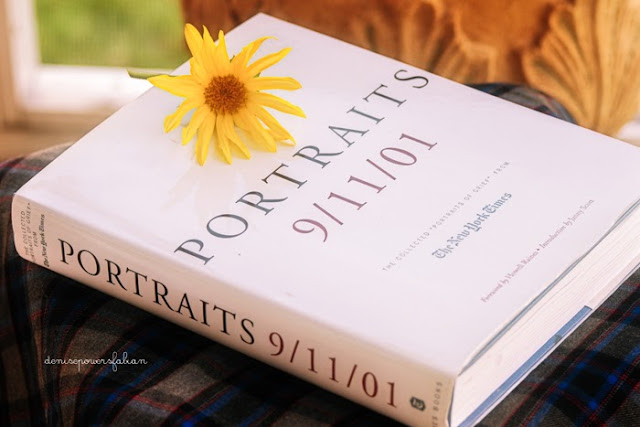 I photographed this still on the tenth anniversary of September 11, 2001...portraits of the nearly 3,000 souls who perished that day laying on the skirt I was wearing at work when I heard the report before 9 am from a friend/talk show host on the west coast.

Now we know there were many more victims.  Michael Tuohey was one of multitudes.  Tuohey had checked in Mohammed Atta and Abdulaziz Alomari to the commuter flight from Portland, Maine to Boston.  He was so haunted by Atta's face, he continued to think he saw him at the Maine Mall or in a passing car when he took out the trash.  Post-traumatic stress disorder took over his life.  The woman who checked him in at the American Airlines counter in Boston, died of suicide.

And there are countless secondary victims from the toxicity experienced by all those who responded as part of the rescue, recovery, and clean up after the attacks.  Many have died; the incidents of cancer among those workers is staggering.

It is easier to look away and distract ourselves to numb or forget.  I, on the other hand, watch whatever I can to relive that day...to feel the horror and pain brought on so much evil that tore so many lives apart...

I feel obligated, actually...who am I to feel numb or oblivious..as if it is any other day...?

I feel compelled to bring honor to the memory of what will never be again...that is, life before September 11...

And yet I cannot help but feel another loss...mourning for the unity and patriotism we had as a nation on September 12. 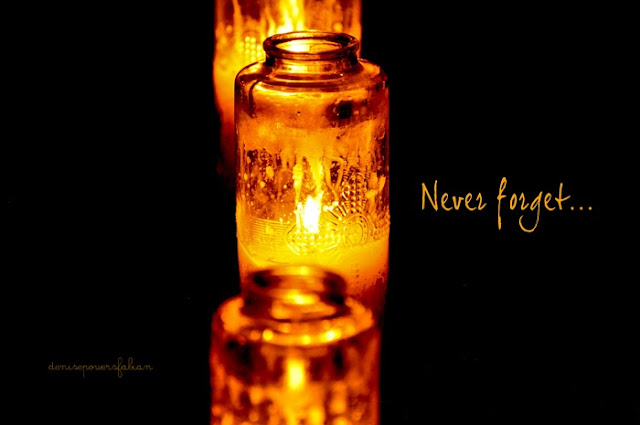 The life we have left is a gift...do what matters most NOW.

Posted by Denise Fabian at 5:41 PM